South Africa’s and Togo’s parliaments this month ratified the agreement establishing the African Continental Free Trade Area (AfCFTA). The total number of countries committing to the deal has thus grown to 49.

Once the agreement comes into effect, it will create a tariff-free continent, covering a single market of 1.2 billion people in 55 nations with a combined gross domestic product of about $3 trillion.

It will constitute the largest free trade area globally, according to South African Trade and Industry Minister Rob Davies.

The agreement is expected to reduce export tariffs which currently average 6.1 percent, and boost intra-African trade by more than 52 percent after import duties are eliminated. It is focused on diversifying trade exports away from just extractives and enhancing the chances of small and medium enterprises to tap into more regional destinations.

Economists say that tariff-free access to a huge and unified market will encourage manufacturers and service providers to leverage economies of scale.

“We look to gain more industrial and value-added jobs in Africa because of intra-African trade,” Mukhisa Kituyi, secretary-general of the UN Conference on Trade and Development, told Africa Renewal.

The creation of the free trade area requires at least 22 countries submitting instruments of ratification. So far, the agreement has 15 ratifications, with seven more remaining.

The African Union’s (AU) Commissioner for Trade and Industry Albert Muchanga said this week he is confident the remaining votes required to enforce AfCFTA will be secured before the next AU summit in February 2019.

The AfCFTA proposal was approved in 2012 and the members started working on a draft in 2015. In March, the leaders of 44 African countries endorsed the agreement in Rwanda, with more countries joining in since then. The participants of AfCFTA are reportedly weighing the possibility of using a common currency.

China’s alternative to the American-owned GPS extended its coverage beyond the Asia-Pacific region with a goal of becoming a dominating technology in the future, spurring gains in shares of related companies.

Called Beidou, the service works like GPS, using a series of satellites to provide users precision positioning with an error of about 10 meters. Most smartphone chips sold globally will be compatible with Beidou, the first navigation system to have built-in telecommunications features such as text messaging.

In 2011, millions of citizens across the Arab world took to the streets. Popular uprisings from Tunis to Cairo promised to topple autocracies and usher in democratic reforms. For a moment, it looked as if the old Middle Eastern order was coming to an end and a new and better one was taking its place. But things quickly fell apart. Some states collapsed under the pressure and devolved into civil war; others found ways to muddle through and regain control over their societies. Seven years later, those early hopes for a fundamental, positive shift in Middle Eastern politics appear to have been profoundly misplaced.

But the upheaval did in fact create a new Arab order—just not the one most people expected. Although the Arab uprisings did not result in successful new democracies, they did reshape regional relations. The traditional great powers—Egypt, Iraq, and Syria—are now barely functional states. Wealthy and repressive Gulf countries—Qatar, Saudi Arabia, and the United Arab Emirates—are thriving. The proliferation of failed and weakened states has created new opportunities for competition and intervention, favoring new actors and new capabilities. Regional dynamics are no longer determined by formal alliances and conventional conflicts between major states. Instead, power operates through influence peddling and proxy warfare. 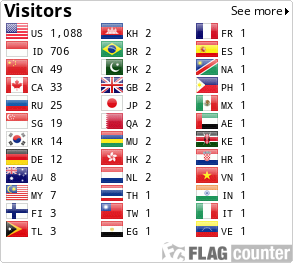